WELCOME. WE INVITE YOU TO VISIT THE MAIN PARTS OF OUR SITE
Questions & Answers
Expat Stories
Studies / eBooks
Press / Articles

Do I need a visa if I retire or work in Mexico? 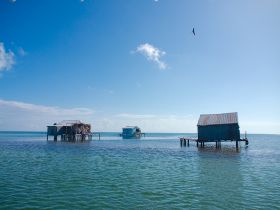 If you’re retired and want to live in Mexico, you can come as a tourist or you can be a Residente Temporal. If you want to work, yes, you can if you’re Residente Temporal.  Once you get your Residente Temporal then you can apply for your work permit. Once you get the work permit, when you renew your Residente Temporal, the following year automatically the work permit will be renewed.
You cannot just go into Mexico without a visa and live without a visa, unless if you’re a refugee.  If you’re not a refugee, for a foreigner to come to Mexico, minimum, they need to have a current passport. And as soon as they get here and show their passport, automatically the immigration authorities will give them a tourist visa, which can last up to 6 months. And that’s the only paper the foreigner needs to come.
There is some restrictions in some countries. For example, if the foreigner is from Colombia and Brazil, they cannot just come to airport and show their passport. They will have to go to the Mexican consulate to ask for a tourist visa. There are some nationalities that they can come only with a passport. If they are from Russia, China, and other countries such as India, China, Costa Rica, Nicaragua and all the Arab countries, they cannot.
(Banco Chinchorro, an atoll reef where fishermen live in stilt homes over the Caribbean, Quintana Roo Mexico, pictured.)
More questions from Mexico

What's the overall cost of living in Ambergris Caye?

What most people end up doing is a combination of buying imported and local goods and services. They still drink some wines and have some Dannon yogurt, and occasionally, beef that is generally not raised here and then some fruits and vegetables. In so doing, they end up equalizing their overall budget.

Other than these tradeoffs, most of the people on Ambergris Caye drive a golf cart, which is much less expensive than a car. A golf cart will cost anywhere from US $7,000 to $12,000 for an initial purchase. You might pay $25 a week on gas if you are using the golf cart every day. The licensing is about $100 to $125 per year and the insurance is going to run you about $40 a year.

If you own your home, property taxes are fairly low here in Ambergris Caye but on the flip side of that, insurance is substantially higher than what you are used to because all peril / all risk insurance is going to run you about $10 to $20 per $1,000 of insured value. This range would be based whether your home is concrete construction or wood construction. Concrete construction will be on the lower end of that spectrum and wood construction would be o the higher end. By the time you even it all out, it is really not that much less expensive if you decide to live like you did before – buying imported foods, going out to dinner, and other things of that nature.

Ambergris Caye is one of the more expensive places to live in Belize, but it also provides for more options than any other place in Belize. For example, there are a lot more options for grocery stores, places to live, locations on the island, etc. We have a couple of wine stores where you can buy prosciutto, or brie, etc., which are items that might not be available in some of the supermarkets or stores in other places in Belize.

There are things that you do not generally find everywhere in the country but you could find them in Ambergris Caye. The reason for this is because Ambergris Caye has a larger population of expats and these expats demand more and different types of goods and services than the population in any other area of the country of Belize. As a result, it is feasible for a lot of these grocery stores and businesses to cater to the higher end tastes in Ambergris Caye whereas in Dangriga, for example, having these items available and for sale is simply not logical because the local population will not buy them.
(Caribbean view from poolside at Tara del Dol, Ambergris Caye Belize, pictured.)
More questions from Belize

It was a big challenge for me to downsize before leaving the US. That is a story in itself.  David has lived internationally before and said that getting rid of everything was the easiest part of his move.  Melissa maintains her home in the US and plans to do so indefinitely.  I found a house rental before arriving, which is not usually recommended, but was preferable given my circumstances. Both David and Melissa opted to search for homes after they arrived.  Each of us are happy with our finds.

Melissa and I have our own businesses and David works remotely for an international company.  We engage in different levels of social interaction but all agree that connecting with both locals and expats is rewarding.

None of us speak a lot of Spanish, but hope to gain some command of the language.  When it came to turning on utilities, David and Melissa had difficult times with the language barrier.  My very basic Spanish got me through relatively easily and my neighbors, who speak NO English at all, were a big help with connecting me with a gardener and a handyman.  No such luck for David and Melissa.

David describes his biggest adjustment as the food, which he says is never seasoned enough, and the meats, which are too tough to enjoy.  I guess knowing that the meats are hormone free makes the tougher meat a little easier to accept, but not any easier to swallow.  He also says he really misses a lot of products and conveniences that don't seem to be easily found in our area.  Melissa says that the hardest thing for her to work with and believes she will not get accustomed to, is the "manana attitude" that makes it difficult for her to run her business.  I couldn't agree with her more.  For me, that, combined with what I consider "intense heat," leaves a lot to be desired.

Although we are all still adjusting to life in Panama, we agree that the move was more than worth it.  We each did our homework and knew what we were getting into. For us, the pros far outweigh the cons.  We are happy with our new lives and look forward to the many challenges that are ahead.
More questions from Panama

Do I still have to file my US income taxes if I retire, work or just live abroad?

How bad are the mosquitoes and other bugs and insects in Algarve?

What's the price of a home, condo or apartment in Nicaragua? 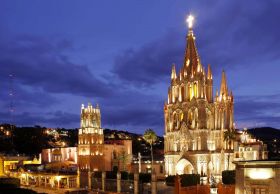 Lest you be skeptical of that “Best City in the World” designation in the title, dear readers, let me begin by saying that Travel + Leisure magazine in 2017 bestowed that very designation on San Miguel de Allende, as had Condé Nast Traveler magazine in 2013. And many other publications have granted very similar titles to our little village over the past several years.
My bias for San Miguel, however, began many years before.
... 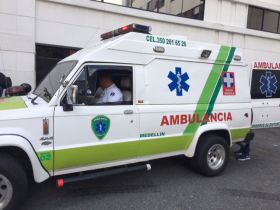 The care I received for my cardiac event at Medellin’s Pablo Tobón Uribe hospital was excellent, with world-class attention, state of the art equipment, and highly professional staff. Tobón Uribe is a Joint Commission accredited institution, ranked as one of the best hospitals in Latin America. Indeed, my only complaint concerning the four days I was embedded there was about the mediocre meals. Hospitals must have been in competition with the airlines for worst food, and the airlines... 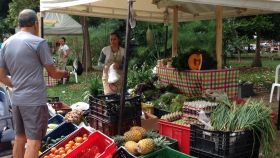 A disclaimer: I’m a capital G Gringo. I’ve been practicing my English skills for many years, and I’m proud to say that I have my native language down pretty well. In other words, I ain’t no expert in español, so keep that in mind.

However, or sin embargo as they say, I am learning Spanish paso a paso, (step by step) here in Medellin, and it’s very gratifying to be able to speak with folks in their native tongue. I see questions on various websites, Best Places to...