One of the worst reasons I can come up with for 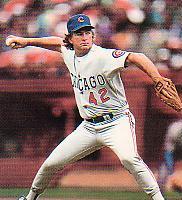 One of the worst reasons I can come up with for retiring abroad is one of the most obvious these days, I believe: The political turmoil in the U.S., (at least for U.S. potential expats.) My wife and I did not move first to Panama, then to Colombia to escape the political rancor and polarization up north. We moved to escape the chilly winter weather. But people have asked if we left so we didn't have to hear Trump this, Hillary that, Bernie in between. When we arrived in Panama we realized that many folks retained their affiliations and perspectives, and to some it had become their persona. Colombia is a bit different, but there are still pockets of what I'll call political activism in Medellin, organized around the events of last November 8th.
The point is, don't expect to get away from U.S. politics, especially now. You won't. The only advice I can offer, if your expat decision is based on escaping all that foo-farah, is to learn what my wife and I have, to become adept at changing the subject. Our trigger phrase is 'how about those Cubs!' Any time the conversation meanders toward the political and/or liberal Vs Conservative Vs Libertarian etc., one of us says 'how 'bout them Cubs!' Come up with your own expression, and don't be afraid to use it. There are fine, engaging, fun and interesting folks in the expat community wherever you go. Try to engage them on that basis. Don't expect them to have shed all their 'home baggage,' but instead learn to steer them toward better, more satisfying topics. And don't retire abroad to escape the turmoil, it ain't gonna happen.
xxx