Without ascribing names to which places are 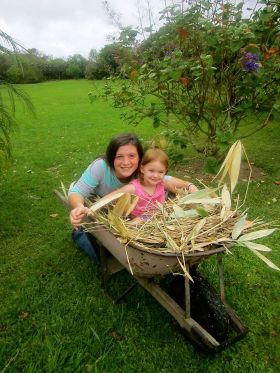 Without ascribing names to which places are the best places to live in the world, first of all, I would say that you would have to align your goals for yourself and your family with the goals of the place you’re looking at living. For example, if you’re looking for a freedom-loving country, or if you want to have or feel like you have more personal freedoms and liberties, you must look at a country that has that on the table. For example, people looking for more freedom and liberty in their life are not necessarily looking to move to Iran.
Personal freedom was high on my list, and that’s why I chose a country that had that, or had the ability to have that. My family and I wanted to live in a place where my wife and I could raise our children and where I could live my life with little to no government intrusion, which we found here in Panama, which was a great fit for us.
In general, Panama is a little bit more socialistic than the US regarding labor laws. There are a lot of labor rights that the people working for a company get to have. They’re actually a little bit on the oppressive side toward the business, but when you’re looking at the country as a whole, Panama has a bicameral legislature, a president, a supreme court, and a stable and steady judicial system that is blind to your nationality- whether you are a Panamanian or a foreigner.
Here in Panama, there are true property rights, and titled property and land rights. As a foreigner, I can invest here in Panama freely in the real estate market whether in my own name or under a corporate name.
The territorial tax system in Panama is advantageous. In the United States, I am taxed on my income on a certain percentage. If I live outside of the United States for 330 days a year, my wife and I get the advantage of a US credit of more than $100,000 for each of us against each of our income taxes. That means that if we’re married and we file separately, we can double up on that exclusion. Being here in Panama where they have a territorial tax system, my income earned in the United States is not taxed up to the amount of the exclusion. That makes it tremendously advantageous for high-income US wage earners who have the ability to work remotely from Panama.
In a lot of these countries, though the government wants to get more involved in your business, they can’t because they don’t have the ability to do so. Irrespective of how socialist the country may or may not be, like Nicaragua for example, a government with few resources will just leave you alone because they don’t have the ability to get into your business.
Here in Panama, there’s no FBI, CIA, NSA, IRS, OSHA, or any of these other three-letter or four-letter organizations that what we have in the United States that when taken individually may not be an inherently oppressive system, but when taken macro economically, you’ll see all the many different ways that America tries to control your life and makes you start to realize that maybe you’re a slave to the system without even knowing it. Maybe you don’t have the freedoms any more than you thought you did, because you existed alongside these little three-letter entities.
I didn’t want to feel like that anymore, so I came to Panama where those things don’t exist. Here in Panama, I can be myself and I can do whatever I want without worrying about looking over my shoulder. For example, if I annoy someone by accident, or if I said the wrong words, I’m not going to be ostracized by the community because that just doesn’t exist here.
All the things that exist in America, such as the Black Lives Matter Movement and the crazy Leftist ideologies, are not systemic and epidemic here in Panama. They’re simply not part of the equation.
(The Gilbert girls gather leaf matter from their property for their chicken coop, Volcan, Panama, pictured.)
xxx