You do not need to renounce or relinquish y 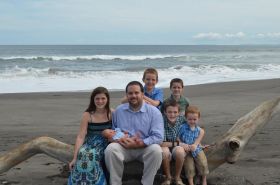 You do not need to renounce or relinquish your US citizenship or get dual citizenship to move or live abroad. However, the laws in some countries are more cumbersome than others. I found a great situation in Panama where as a foreigner coming in, there’s no need for you to pick up a second citizenship. That option is available for you as time goes by, but you don’t need to do it.
What was right for me and my family was the Friendly Nation’s Visa. We came in to Panama wanting to start a business, which we did, and the corporation came with my Friendly Nation’s Visa. It was a qualification criteria for my Friendly Nation’s Visa, which gives me a Permanent Residency Visa, which means that I have a legal right to be here. Many people don’t choose to even go that far. People come and go on their Tourist Visa in Panama which gives you the right to stay in Panama and drive in the country on your foreign license for 90 days.
On the other hand, the US isn’t going to say, “Hey, you’re living in Panama. You’re no longer a US citizen.” The fact that you live outside of the United States has no bearing or consequence whatsoever on the fact that you are a United States citizen. You have 100% of the rights to vote, and 100% of the rights to all that your citizenship entails as being a citizen of the United States of America.
You can still receive your Social Security checks or benefits living in Panama and in other places in the world as an expat. That is one of the primary ways that many of the retirees are able to live here in Panama- through their Social Security benefits. From time to time, there are things that you need to do as a recipient of Social Security that don’t change. An example would be proving that you’re still alive, and those types of things.  The qualifiers are that you worked a certain number of years in the United States and earned a certain level of retirement benefits. It has no bearing whatsoever on where your ZIP Code’s going to be in the future.
The US embassy in Panama has great services throughout the country that can walk you through those things that are relevant. As far as renewing your passport, and doing many things that you would do with any consulate is freely done here in Panama.
(John Gilbert with his children in Panama, pictured.)
xxx