Retired but not Retiring in a Guatemalan Village - some Background 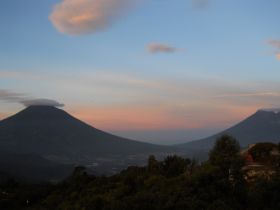 I grew up in the United States, most recently from Northern California, but now in my 70’s I live in a village in Guatemala, five miles away from Antigua, a popular tourist destination and NOT typical of Guatemalan life. One of the things I believe has dramatically changed quality of life for this very poor country is plastic. Another, similar, is disposable diapers. And thirdly, cell phones. Here is why:

Before plastic bags and food containers people cooked and sold food wrapped in leaves and cloth or they used bowls, plates and utensils of their own which they then washed and reused, like restaurants. Once plastic bags and utensils came to Guatemala EVERYTHING was packaged and sold in plastic, like everywhere else in the world. Most of that plastic is still accumulating on the ground all over Guatemala, in places not designated for refuse. There has been minimal progress.

(To be honest, just this year 2018 there are towns now prohibiting the use of plastic and styrofoam food containers.)

Guatemalan women of the indigenous type still carry their babies on their backs, wrapped in the beautiful cloth that is so characteristic of this country and slung over their shoulders to keep their hands free. Before disposable diapers I have no idea what they used, but I am certain the diapers were a godsend. Just like plastic bags and foam containers, many have ended up on the ground, somewhere.

And cell phones:  in the early days of telephones which were operated via wires on top of poles, Guatemala is known to have had only two “trunks” of phone lines. One of the trunks was solely for government offices and official use, the other was for private people who could afford the very expensive wires being sent to their homes or offices, and these in quite limited areas like large cities. This remained true until the invention of cellular wireless telephones, and even those were initially too expensive for nearly all people here. But when cell phones got small, mass-produced, and cheap, suddenly Guatemala’s lines of communication opened up to almost the entire country .… and the world. Cell towers were installed in enough places that even distant mountain villagers can get a signal, and soon even the poorest people can somehow afford cell phones. Most of this was happening around the early years of the 21st century, long after private phone usage in the First World. A statistic was once quoted to me by a tour guide that there were enough cell phones sold in Guatemala by 2011 that every person born here would have more than one, babies included (not that babies had them). Shocking when you know that the poorest Guatemalans live on pennies a day. 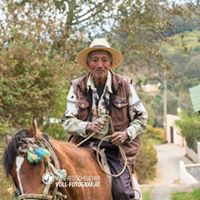 One of the days we came to look at land up here on the hill an old man in a cowboy hat approached us with a big smile. His skin was weathered and leathery, his clothes simple and worn, a vest over his cowboy shirt, but he wore tennis shoes, not boots. The most striking thing about his big smile was the lack of teeth. I estimated five, maybe just four. He was jabbering rapidly, something about land he could show us. He could sell us land. He spoke rather poor Spanish and seemed very friendly. I came to know him as a man who is usually smiling, even when he is angry about something. And he talks a lot through his toothless smile.

In the last century Guatemala was in a period of civil revolution. It lasted around 30 years and was finally over in the mid 1990’s. My stories often include Pedro whom my husband nick-named “Otto Perez Molina.” He calls him that because Pedro claims to have served in the army and met and served under General Otto Perez Molina during the war, and this General became one of Guatemala’s presidents. Pedro is very proud to have been a soldier and to have met the former president. Pedro often can be seen carrying a gun or small rifle. He says he shoots little pesty critters in the fields.

The other nickname we have for Pedro is the Newspaper. He loves to spread gossip through the neighborhood and to accuse others of some infraction or gripe. Plus, he is constantly looking for a way to make money. Old men here work all their lives, until they cannot. And Pedro is quite assertive about asking for jobs as he peddles the news, always with his toothless smile. 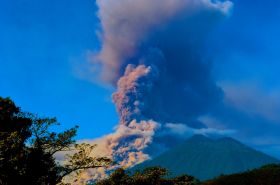 It was worldwide news when Fuego erupted in early June 2018. I was already living here over five years when it happened, and I had seen many smaller eruptions before this day, “puffing” as I called it; such puffing happened day and night. Sometimes the puffs were huge, many were small. We would watch from the windows of our house or up on the deck. At night we had often seen the lava shooting high into the sky, and rivers of lava flowing down the sides, carving out channels of river beds. What was “normal” and common was the “puffing” every 5, 10, or 15 minutes it seemed. From our house it is probably 10 miles as the crow flies, with a huge valley between us and the base of the volcano, so very unlikely that lava would be thrown this far or flow down one side, thousands of feet and then back up our side of the mountain we live on. But volcanic ash is always a possibility.

Most of the time the we’ve watched the ash and smoke drifting westward, away from here, more northwest. But occasionally it would be carried on the wind toward us, and only one time previously had it dropped enough ash on us and into the valley of Antigua below that people talked about it. It dropped a light colored ash that almost looked like snow, soft and silent, all over streets, plants, cars, like the first new snow of the year. But the day Fuego blasted in June 2018 it wasn’t light ash. It was SAND. It was dark grey, gritty sand. The erupting volcanic ash that was so destructive went in the opposite direction from our house, but it was blasting this grit upwards into the cloud layer as well. That cloud layer happened to be moving easterly, and it carried and dropped it like small hail for many miles around. 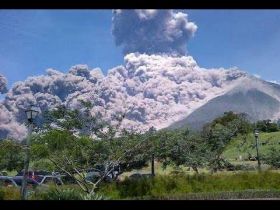 The day it happened it was mid-morning. I was preparing our bed and breakfast rooms for guests who were arriving that day when I noticed it became very very dark. It was so dark I turned on lights, not typical of any rainstorm during the day. I hadn’t heard the eruption because I was listening to the news as I worked. I thought to myself we were about to have a very hard rain. When the sand began to fall I still didn’t understand what it was. I looked outside at the gravel stones on the ground and saw they looked very dark, while still very white under the porch cover. The stones were much darker than normal when wet. So I stepped out from under the porch roof and felt it, not rain, not really wet, but heavy. Then it dawned on me it was sand, volcanic sand. It came down for several minutes and covered everything in a heavy grey coating of grit.

Meanwhile, Zaqueo was in Antigua to meet the guests and drive them up the 5 mile trip to our house. I learned from him that some people in Antigua appeared to panic, many getting into their cars and trying to drive somewhere. They probably thought to escape in case the volcano sent more. Whenever it rains in Antigua people go under cover in doorways, inside shops and restaurants, but this was more threatening than the rains. Zaqueo said people were using their windshield wipers as there was also rain mixed in making mud and blocking their view. He was afraid to do that as it would scratch the glass, so he stopped and bought some gallons of water that he continued to wash down the windshield. The three guests were waiting for him with their backpacks, now covered as well with the same damp grit, their hair as well. They made it back here with everyone rather stunned as to what was happening. Until we found out in the local news. 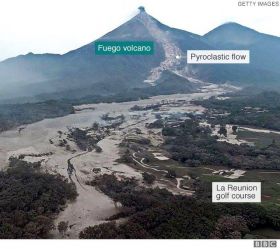 You don’t expect disaster at every moment. When it happens it has a quality of being a dream. We were not even CLOSE to any danger, but we knew the disaster was impacting hundreds and then thousands of people. The impact lasts for a long time, and most of us continue about our lives because we cannot do anything else. Those who were in harms’ way do NOT go on about their lives. Their lives are permanently affected. The saddest thing is when disaster happens to lives that are already compromised in quality. Guatemala has 70% of its people living below the poverty level. And like most countries in the world, the degree of corruption by those that are wealthy is vast and unimaginable. History repeats itself.

Next Cruisin' the Caribbean: Tips for the Ship