Why are you shaving my testicles? 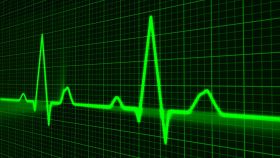 I felt sweaty, and my left arm was sore - I thought it was because: A) I live in the beach area of Panama, and B) I had scrubbed the sides of our swimming pool yesterday. However, even after sitting in the air con with a fan, and I was still sweating profusely, I Googled: "Symptoms of a Heart Attack" The final symptom struck home: An overwhelming feeling of doom".
Mistake # 1: I drove myself to the medical clinic in Coronado instead of calling my wife. i could have blacked out and killed someone.
Mistake # 2: I let the clinic nurse call an ambulance instead of calling The Panama Helpline (PHL). I am the freaking founder of the PHL - and still I did not call. Why? Because: A) I am an idiot and B) I am Canadian (do you know how to get 100 Canadians out of a pool? Just say "out of the pool please", and the Canadian response will be "I'm sorry" and C) I trusted the people in white lab coats instead of what I have learned - In any emergency, CALL THE HELPLINE.
I waited three hours for the ambulance. I was told I could not call and get my wife or a friend to drive me because I needed oxygen, and only a doctor can administer oxygen. Half way to Panama City the ambulance pulled over on the highway, near the town of Capria. The doctor asked me - in English - "How I was I going to pay for the ambulance"? I said "Visa" he told me they don't take Visa. I asked "How much is the ambulance" He said "$675 dollars."  My heart monitor began blaring. My blood pressure was soaring. I was adamant "I run the Panama Helpline - an ambulance from Coronado is only $350 - he said "This ambulance was $675, and we only take cash". I told him all I could get was $500 from a bank machine, so either he takes that or he can let me out right here - he got out and said he would "talk to his boss". Meanwhile, I lay on the gurney - the dome light clearly showing my glowing apple logo on the laptop strapped to my chest as scary looking muscular men starred at me through the large back window of the ambulance. The feeling of over-whelming doom returned as the headlines in my mind raced:  "He was last seen leaving Coronado in an ambulance". No-one knew where I was - my wife was somewhere on her way to Panama City.
In Panama City, the ambulance backed into an alley as the doctor unhooked my heart monitor, took the IV our of my arm and unhooked the blood pressure cuff and finally my oxygen. He handed me my sandals and pointed down the alley and said "The ATM is over there". My hands were shaking so badly I screwed up my PIN and no money came out. Thank goodness the heart monitor was unhooked. I really hated the screeching alarm sound. Second time's the charm I always say and after paying the $500 they drove the 300 feet tot he emergency room. 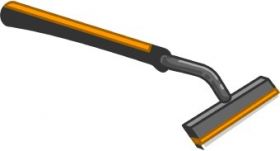 Here is where it gets funny, because trust me - up until this point, the title of my article was a misnomer: Inside the ER - and despite all the tourism B.S., NO-ONE spoke English. Five attendants hustled to stab me with glucose meters, inserted IV's, needles for blood tests and taped on monitors. I was impressed with hustle until a guy in a suit started pulling on my hospitals gown asking for "tarejeta, tarejeta" meaning my credit card. I pointed to my pants. He then said in perfect English "What is your PIN number" NO! I bellowed - I am not giving you my PIN!!  as the damned heart monitor started its screeching again.
In the midst of what can only be described as a pseudo-surreal episode, a lovely nurse lifted up my penis and started shaving my testicles. While I am not saying this was completely unpleasant, it certainly was confusing. Despite my fairly animated Span-glish attempts to point out that my problem was higher up - including me pointing to my chest area - she quietly continued to shave me bald as a baby in the middle of a crowded, noisy emergency room.
All's well that ends well as they say - the shaving was for a catheter camera the ER Doctor had ordered - my body ended up sending blood vessels over to the blocked side, in effect creating its own bi-pass, and the doctors in Canada months later suggested I had been given far superior treatment than I ever could have expected in Canada - but I had learned my lesson - I now carry the Panama Helpline emergency number in my wallet, in my car, and it is programmed into my speed dial of my phone.  The helpline is like having a 911 and AAA ( or CAA for my fellow Canucks) for everywhere in Panama.

Next How To Become an International Pet Smuggler