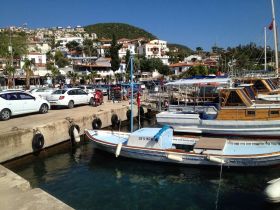 In 2011 I took a short holiday in Bodrum, south-west Turkey, popular with British tourists. Enjoyed it and spent a few days looking at property, helped by several generous locals; we were driven all over to visit several locations up to 100 km away from our hotel without obligation, all offers of payment refused.
Once we stopped at a tea-room beside a lake where the owner served 'chai' with pastries for 3 of us, lent his binoculars to view the Roman temple across the lake and entertained us for 2 hours- then refused payment; our only option was to empty our pockets of small change and leave a pile on the table!
Two years later with the Turkish generosity still strong in my memory I decided to retire there but this time well away from the tourist centers like Bodrum, Fethiye and Marmaris, choosing the quiet small town of Dalaman with its nearby international airport. 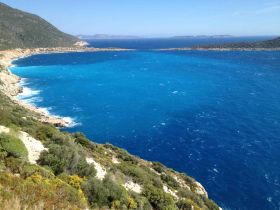 After viewing quite a number of properties a new apartment caught my eye; for a mere 33,000 GBP (about US $51,500 at today's exchange rate) it was amazing value, having 2 bedrooms, 2 bathrooms, 2 balconies, 3 toilets (!), lounge and kitchen/diner on the top floor of a block of only 6. LARGE rooms with high ceilings built in reinforced concrete [earthquake resistant] with high insulation value, double-glazed  uPVC frames and solar hot water. 142 sq m in all, finished exquisitely in marble with full paint inside and out, surrounded by 'farmlets' growing four crops a year with a few chickens, goats and cows.
Blissful, peaceful and incredibly friendly; English widely spoken, not often fluent but understandable. Cost of living low, service from shops quite incredible- the apartment was fitted out at minimal cost but when buying they would ask "when would you like delivery?" 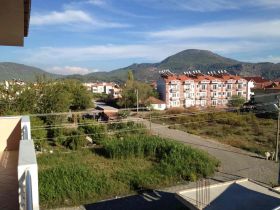 Well how soon? "Right now" and I'd jump aboard the truck with the furniture and be taken back home. Not only that but the goods would be unpacked, assembled, tested, the warranties filled out and the packaging taken away!
Three air conditioners were delivered and fitted in 6 hours. I even had all 13 uPVC frames replaced in one afternoon at minimal cost.
Transport became a requirement in order to explore further afield, beginning with a quality bicycle, then a scooter and finally a Honda NC700S motorcycle. This was quite a story.
Needing something better than the scooter I went to Fethiye 50 kms by bus to see a Honda 125cc but on entering the dealership my eye fell on this gorgeous 700cc model. 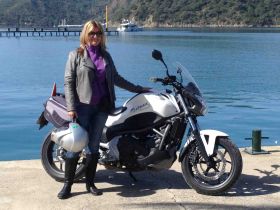 Before I knew it the forms were signed and despite having no cash or cheque the salesman was phoning my bank back in Dalaman where the manager agreed to wait our return and pay for the bike. At 7 pm we arrived at the bank with the bike on a truck, manager answered the phone and unlocked and admitted us; 10 mins later the cash was paid over, I was dropped off home with my new pride and joy. Amazing!
I toured SW Turkey on the Honda, having magnificent rides along the Mediterranean shore and in the pine- covered mountains with a friend on the pillion, visiting the many beautiful fishing villages and historic towns with Roman temples and amphitheaters.
There could hardly be anywhere better in the world for such riding in a perfect climate with good roads and magnificent scenery. Memories to last a lifetime. 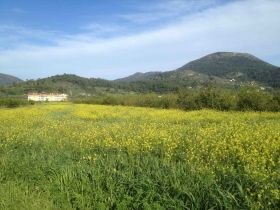 What could go wrong in my new paradise? Well.......
Initially there was the bureaucracy. First buying the apartment; not difficult since the builder gave me a furnished flat to live in while the deal went thru (!) but getting the 'tapu' [deed of ownership] is a long-winded [about 3 months in total] process involving permission from the military [yes!] plus visits to numerous offices, some located in a town 15 km distant and many hours in waiting rooms. Then the documentation for the bike, then getting a 'kimlik' or 'Permanent Resident' Permit. This is a costly [400 USD per year] document and proved worthless- your passport is demanded for all official purposes and the kimlik ignored.
I soon knew who was the head honcho in any Government office- he with the biggest desk and the most rubber stamps! Also a 'notar' with a translator is compulsory for most legal transactions and here again there will be hours of waiting. 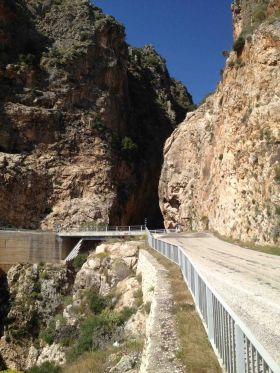 Another curious policy in some banks was that as a newby you will go to the back of the line whilst existing customers have priority, even those who arrive after you.
Bringing a smartphone? Yes, you can buy a local sim but it is valid for a month only; I wasn't aware and let mine expire, to be informed my new iPhone 4S was now permanently blocked!
BUT the real fly in the ointment was deciding to learn about Islam. South west Turkey is not really religious and the mosques in Dalaman poorly attended; I saw only two burkahs in my stay there.
Most surprising was the plethora of newspapers, all of which featured pages of scantily clad models, not what I expected. The teenagers dressed exactly like westerners with girls in minis with lots of make-up and the young studs chasing them in tight jeans; when I asked a few "how often do you to to mosque?" they all laughed as if I was crazy.
However my research quickly enlightened me about the so-called 'Religion of Peace' and despite the friendliness of these lovely people I began to feel more and more nervous about what I said and who might be listening. Stories of stabbings of tourists in Marmaris where a western youth had a Turkish girlfriend and of a boy kissing a girl in public added to my insecurity.
Were these crime or drug related it would be understandable- but religion? No!
With increasing Islamization by the AK Party under Erdogan and the economy on the way down, after 18 months it was time to leave...
Next- moving to Thailand...