Retirement has become a worldwide phenomeno 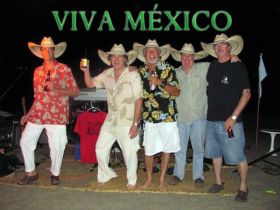 Retirement has become a worldwide phenomenon so there is a multitude of places in which to retire depending on your origin. In Europe, the common retirement spots are the coast of Spain. The Mediterranean area has been a wonderful place for a lot of people to retire to, so is Australia, areas in Thailand, and areas in Vietnam.
We have to remember that the best places to retire are personal and it has to really match the individual. Tourism and retirement sometimes go hand in hand, too. So people who have traveled a lot to different places many times have a place that sticks out on their mind that could be a possible place to retire.
With all that said, some of the places that seem to be highly rated and places that I am familiar with are certain areas in Mexico, which are probably some of the better places to retire for Americans and Canadians because of the proximity. Areas of Central America like Panama and Ecuador are also great places, although they tend to be a little more difficult as far as accessibility. Geographic proximity is really important to retirees, particularly those who have children or family because you still want to be able to get back and be in touch. So I think the best places to retire are those places that have some kind of geographic proximity for people so they can still access family, friends, or services. Also the best places to retire are those places that hit a heartstring on people that makes them say it is the place for them.
Today many popular places around the world are advertised such as Spain, Argentina, the Caribbean Islands, Nicaragua, Panama, Ecuador, Mexico, Bali, and Hawaii. So internationally, there are a thousand different places that you can go to but the best place to retire really depends on the people who are going to retire and their place of origin. We find streams of migration that develop between locations and that can be really helpful for people in information gathering while they are making a decision. The other really important consideration is whether the retirement is a permanent or temporary/part time retirement. But proximity is always an important consideration for many people.
(David Truly performing with his band the Tallboys in Ajijic, Mexico, pictured.)
xxx