What the FATCA is the Foreign Account Tax Complian

What the FATCA is the Foreign Account Tax Compliance Act?
Like a thief in the night, President Barack Hussein Obama enacted Public Law 111-147 (H.R. 2847) just after midnight at 00:01 hours on March 18th, 2010. This law provides the "fiscal transparency" promised under an Obama administration - but just not from the government; it is the citizenry who are subject to such scrutiny. 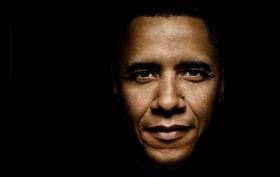 On February 8th, 2012 the Internal Revenue Service (IRS) released the Proposed Regulations for
the FATCA implementation and subsequent instructions on how and when to file Form 8938 stating, "U.S. taxpayers with specified foreign financial assets that exceed certain thresholds must report these assets to the IRS".
On the same day, the U.S Treasury released a 'Joint Statement' with the governments of France, Germany, Italy, Spain and the United Kingdom "Regarding an intergovernmental approach to improving international tax compliance and implementing FATCA".
So what the FATCA just happened? In layman's terms, "The U.S. government has once again increased its power and scope of authority to intrude, investigate and regulate virtually every sizable international financial transaction you make starting in 2013."
The focus of this answer is to look at House Resolution 2847, or the HIRE Act (Hiring Incentives to Restore Employment Act). And within the legislation, under Title V "Offset Provisions", we shall examine one section of Subtitle A, which is where you can go to find more on how to get FATC "Foreign Account Tax Compliant".
Here are some highlights of "Change You Can Believe In". When Americans wish to send money offshore next year, we find it reads in Part 1, Section 501(a), Chapter 4, Section 1474(a):
"In the case of any withholdable payment to a foreign financial institute which does not meet the requirements of subsection (b), the withholding agent with respect to such payment shall deduct and withhold from such payment a tax equal to 30 percent of the amount of such payment."
The aggregate amount for foreign financial assets has initially been set exceeding $50,000. Eerily, the federal income tax started at a mere 3% wartime tax, was never repealed, and has brackets today well over 40%. History has demonstrated governments will expand their power and attempt to lower this $50,000 threshold.
The term "withholdable payment" is broad and covers virtually all salaries, wages, dividends, annuities, periodical gains, profits, and income; or gross proceeds from the sale of property which can produce interest or dividends from sources in the United States.
The term "foreign financial institution" does not refer to just offshore institutions, but any financial institution which does not meet the requirements of subsection (b) to "comply with such verification and due diligence procedures as the Secretary may require with respect to the identification of U.S. accounts." And if any financial institution is not in compliance with these yet to-be-determined procedures required by the Secretary before 2013 (some by 2014) then such financial institutions shall be considered "foreign".
The term "withholding agent" refers to the bank who is sending the money and is responsible for deducting the payment. Generally, banks charge a fee to send a wire transfer and are not designed to be an administrative body capable of determining if the receiving financial institution has a tax-sharing agreement with the IRS and is currently in compliance with the requirements of subsection (b).
Under this law, foreign financial institutions shall be pressured to report the name, address, and Tax Identification Number (TIN) of each account which has a United States person as a beneficial owner, including foreign entities. Banks will be forced to disclose account numbers, balances, receipts, withdrawals and payments.
So, in short, Obama has turned your bank and financial institutions around the world, into tax policemen. Since banks will not assume any liability for failing to withhold the 30% from your transactions, they will likely turn these payments over to the IRS or will begin refusing to comply with the disclosure requirements altogether and close-out the accounts of American citizens as has Hong Kong, Switzerland and other prominent jurisdictions.
Americans have never had so many reasons to protect their assets than with the passage of this Draconian bill.
xxx