For me, Spain would be one of the best places i 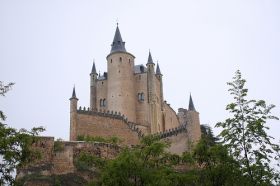 For me, Spain would be one of the best places in the world to live. I love Spain. The cost of living in Spain is less expensive than most of Europe, the people are great, very fun and lively, and the climate is terrific. In Spain, there’s so much to see if you’re interested in castles and medieval history, beaches, and beautiful mountains. The food in Spain is also great. Overall, I find the people as one of the biggest draws to Spain.

The second best place in the world to live is Brazil. Brazil has an absolutely stunning natural beauty. It’s absolutely beautiful. In addition, the people are one of Brazil’s best resources and the cost of living in Brazil is much lower than in the United States.

However, people are getting a bad impression of Brazil because of the way the press shows crime. The crime in Brazil is not really as bad as people think or say. Brazil is just like Mexico, where you get respected if you mind your own business, do your own thing, and stay out of areas where you shouldn’t be, anyway. I lived in Brazil for over a year and can attest to that based on my experience. I never had one problem at all in Brazil. In fact, I had more problems in New York and Chicago than I had in Brazil.
(Castle in Segovia, Spain, pictured.)
xxx