The worst reasons to retire overseas are to 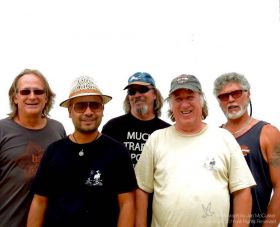 The worst reasons to retire overseas are to live like a king and the idea that you want to go overseas because it is cheaper because that usually doesn’t pan out very well. The other reason is the idea of retiring overseas just because other people did it and you’re thinking that it’s a cool thing to do, so you’re going to do it.  We live in a world where marketing and advertising, certainly, has a major sway on people.
Another bad reason to retire overseas is the impulsive move based on some difficult event or simply due to a very cold winter. They come down to this idyllic place, and say, “Wow this is great! This is it!”Bbut don’t really think it through. It’s not a good thing to come and retire overseas just because all of a sudden it seems to be the right thing to do for whatever reason. It should not be an impulsive decision for most people. Retiring overseas is something that people need to think about.
Strictly economic reasons, personal tragedy, or just thinking you can live better somewhere without really looking into it are bad reasons for retiring overseas, are often these cases don’t turn out very well for people.
(David Truly with his expat band, pictured.)
xxx