Why Did I Choose To Live In Panama?

Presented with permission from Bob Adams, of Retirement Wave
People often ask me why did I choose to live in Panama.  Well, there’s a whole series of reasons.  I want to pull one out and give special mention to it. 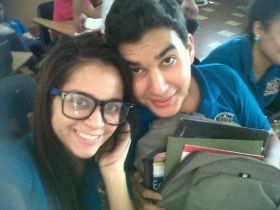 That is the willingness of people to look forward into the future with a very positive attitude.  And that’s one thing I look for in any country where I’m going to live.  It’s the local people and how they feel about what’s happening to them.  If they’re positive, if they’re looking forward to the future, then I want to be with them.  I want to help them build that future.  If they’re sour about it, if they think the future looks awful, they really wish they were back 10 years, then frankly, I’ll stand to one side.  It’s not where I want to be, because if things do go wrong, I just don’t need to have that hassle in my life when there are better places to be.

Panama is very much future-oriented and people here have a very positive attitude about themselves and their nation and where they’re headed.  Its wonderful and I love every bit of it.  I can’t tell you how much it means to me.

But there’s more to it than that and there’s another way I understand how things are operating and why it’s a positive thing, and that is the arrival of people to live here.  Now I know that most of you are from North American or Europe, and you’re probably thinking you’re the great majority of people coming to Panama.  Well, you’re not.  You’re actually a minority.  The European minority is growing rapidly, while the North Americans have been there for quite a while, but we draw people from all over the world, and particularly from within Latin America.  That’s a very important indicator of what’s happening here in Panama as far as I’m concerned.

But if you were to go to their countries and look for the Panamanian population, you’d probably be in big trouble, because there aren’t very many.  The Panamanians who actually go out and live in another nation, they may go the US or Europe, for example, to get a college degree, or to get a job once in a while, but this really is very rare.  The bulk of Panamanians today are staying right here in Panama because this is where their future lies.  But there are all sorts of people in Panama who came from other places who are looking for their future here in Panama.

It reminds me for those who are old enough to remember the Cold War and being told once in a while by some people that those people living in East Germany had it a lot better than the people in West Germany, and they’re pull out something in the order of medical care or something like that and say “Oh, it’s a better system”.  But we all knew how false that was.  We knew that people laid down their lives to go from the East to the West.  You didn’t hear about many, or anyone, for that matter, going from the West to the East.  It was very clear.  The German people voted with their feet.  Likewise with Latin Americans in a less dramatic way today are voting with their feet, too.  They are coming to join, they are the majority of the re-locators into Panama, and they come for good reasons.  They speak the language, they know the culture, they understand what’s going on, and they like it.

So it’s not only the local folks who have a bright and positive outlook in their future, so do the rest of us who are arriving from all over the world.  That helps.  The combination of the two is dynamite because then when you bring it together, you have a great deal of power to move forward to make things better, and that’s what we have.  And that’s why I’m so very happy to be here.  It’s one of the very important reasons why I chose to live in Panama.

Next How Our Quality of Life Improved in Panama