Some Area History in Panama

The first human settlements in Boquete were found between the years 300 AD and 600 AD. Many petroglyphs in Caldera indicate human presence before the conquest. Those petroglyphs could have been used, among others things, as route maps or signs for travelers.
During the colonial period, Boquete was a refuge for the indigenous cultures that used the surrounding mountains to escape from the Spanish oppression because the valley was very isolated. 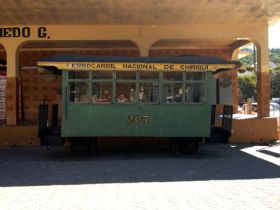 Next Last Sunday of the Month, Boquete, Panamá