"Cinta Costera in Panamá" (Boulevard by the Bay)

What defines a modern world? 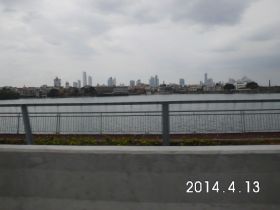 We can certainly say: their people. If the people of a country are not proud of what they have, nothing can be done properly.  And that is the reason of this story.

Panamá has one of the Eight Wonders of the World..... the PANAMA CANAL, as well as buildings and places that have been named as "Patrimony of the Humanity" because of  what they represent in history, like the "Casco Viejo", a place where old and new combines a great mixture of culture, history and emblematic places, used since the 15th century to improve the quality of life of many people.

But lately, the phenomenal economic growth in 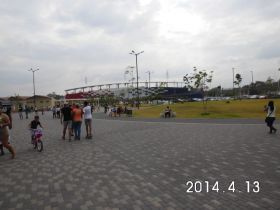 Panamá has diverted the eyes of the world onto this small country, with beautiful weather and warm people, that, although small in territorial size, offers so much to locals and visitors that everyone wants to live or do business here.

And what could be the reason for this unbelievable situation?"  The simple answer is the combined effort of public and private industry, working together, hand to hand, and an excellent disposition from the government to make Panamá a better place to live.

The result is that all these mega projects are changing the face of Panamá.  Tens of overpasses have changed the traffic for better; bridges, roads, highways, 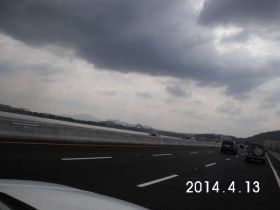 residential buildings for the most underprivileged, as well as many, many other things, impossible to list here, is what Panamá represents and brings to its people....  comfort and stability.

Let´s concentrate on the latest mega project inaugurated two days ago by the President.  It´s called "Cinta Costera #2".  Just like with the new Metro, thousands of visitors came to enjoy it.  Last Sunday, every Panamanian on that boulevard, walking, cycling or driving properly felt proud for a job well done.  And now it is here to be share with expats, residents and visitors.

At Cinta Costera, you a have a spectacular view of the city, the Ancón Hill, the Caco Viejo and surroundings, like never before a visitor could see it.  From now on, a person can drive through the city by the Cinta Costera #3 without a single traffic l 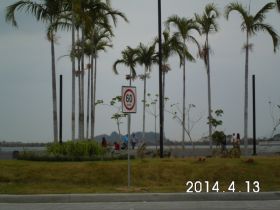 ight, soon to be extended even further to the causeway, by a short walking path.  It will be a very simple way to come from areas like Panamá Pacífico, Fort Amador, Albrook or Clayton, all the way to the airport, connecting with the "Corredor Sur", and soon will be all connected to "Corredor Norte", creating something like a circle throughout the city of Panamá.

Projects have also been completed in other areas, like the international airports of Río Hato, Bocas, and David, high tech ports in the Pacific and Atlantic Oceans, modern roads connecting different towns (especially for the agricultural benefit), and of course, the HUB of the Américas, with the modern airport Tocumen, where you can connect to flights to different continents, just to mention a few.

For many years, mega projects have interacted with 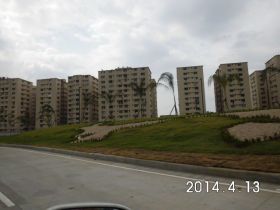 day-to-day traffic jams, frustrations, and other necessary issues needed to complete all these projects.  Some of them are already finished in record time, like the Line 1 of the Metro, the only one in Central América.  Lines 2, 2A and 3 will follow shortly for the convenience of residents and everyone else.

One after the other, the President has inaugurated public works to bring quality of life to every and each one of the people who lives or visit Panamá.

The latest one is the spectacular CINTA COSTERA #3, named this way because it is the third project after Cinta Costera #1 and #2.  This is a beautiful boulevard across the Panamá Bay that connects different neighborhoods to bring comfort, which also includes a modern football stadium and all kinds of sports fields, including skating, bicycling, and a children´s playground.

This boulevard includes three areas: one for the cars, one for the bicycles and one for walking, and it covers several miles.  It is pictured here.

Next New Metro (Subway) in Panamá