Opportunities Ahead— How David Btesh Sees Panama’s Past, Present, and Hopeful Future

David Btesh - Pacific Realty / Pacific Developers
(The Btesh family is very tied into the business and charitable communities in Panama.  Mr. Btesh serves on the Boards of UniBank and the insurance company Aseguradora Ancon, and he is a partner in Pacific Developers, one of the largest builders in Panama.  This story is the result of an interview done with Mr. Btesh February 29, 2016.) 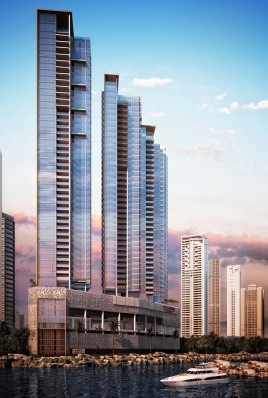 My family migrated to Panama in the 1930s and I was born in 1942. At that time, Panama was quite a small country, and Panama City itself was like any suburb in the US— doors were left open, children could leave the house to play and walk to the movies by themselves.  Everything was safe.

We were born in the hospital run by the American doctors.  The Americans controlled the land around the Canal that was like a country within a country, measuring about 10 miles wide and 50 miles long.   We used to have two driver’s licenses because to go into any part of the American sector you had to ask permission or show your credentials, like in any part of the world where there’s a US base. As a Panamanian, you couldn’t just drive on to the base. You had to go through the checkpoint.

I was lucky enough that my father sent me to the American school that was free for the Americans, but for which, as a Panamanian, we paid the tuition.  In that school, we spoke both English and Spanish.  Having a lot of American friends at the school was a different way of life.  I actually had two lives-- the Panamanian side and the American side.

After graduating high school in Panama, I went to a college at Georgia Tech, in the US, to study Industrial Management, with heavy emphasis in engineering and workers’ relations.  Those years were also filled with playing football, basketball, and swimming.  I was on the swimming team and captain of the water polo team. It was great growing up with sports and having American teachers. It wasn’t that the Panamanian teachers were bad; it’s just that my parents came from England before we came to Panama, so we spoke English.  (Before England, we came from the Middle East.) 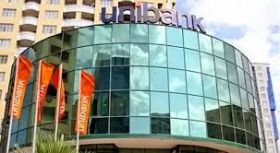 After graduating from college, I came back to Panama to work, where I was able to apply some of what I learned in the US to issues in the factories.  As Panama developed there was a junction where Panama gained control of the Canal, which was delivered at the end of 2000.  After that, the entire country of Panama, including the 10-mile by 50-mile stretch along the Canal, was one country.  Among other things, this caused a change in the investment community, which started opening more banks in Panama.

As the banks opened up, people started to flow to Panama for opportunities presented by the Free Zone and the Canal.   The next 10 years were strictly growth years.  Even afterwards, from 2000 to 2015, the whole skyline of Panama City changed.

I look at Panama like an elevator. In 2000, we were on the ground floor, and when you pressed the button, we went up to the first floor, second floor, and the third floor. We arrived at a different pay scale and the people started making a lot more money. They went from 60 cents an hour to a dollar-plus an hour. Even the interior (the areas not including Panama City), which had wages starting at 30 or 40 cents an hour, now has wages probably 90 cents or a dollar an hour.  The pay scale goes up, construction 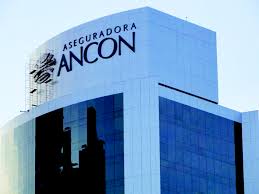 2015 and this year will probably see GDP growth of 6%. All the Latin countries are way below this GDP growth. Most of them are deflating their currency and the people there are losing a substantial amount of their purchasing power.  This is happening even in Colombia, Brazil, Argentina, and Venezuela; their currency has probably devalued in half.

When these devaluations and other problems hit the people of these countries, where do they go?   They go to Panama. Panama has a dollar-based economy.  It is a small country with relatively cheap land.  Other places are much more expensive.  For example, the cost in Bogota is $5,000 a meter, while here in Panama, we’re still at $2,500 a meter, and high end, first quality, beachfront property goes for about $2,000 a meter.

It’s easy to buy a property in Panama. You go to the registry and you register your property.  Loans are easy to get in Panama.  If you’re not a citizen, there’s three or four easy ways to get citizenship or residency and working papers.  That’s how we changed the skyline.

There are so many good things going on here in Panama, including the Internet, communications, and the 70 flights from all over the world that arrive and depart fom here, whether you want to go from north to south or south to north, or even direct to Middle East. On March 1st they started a new direct flight that lasts 17 hours.

That’s Panama. The elevator had made it to the third floor in the middle of 2015 and somebody is going to press the button for the fourth floor, and then we will start going up to floor number six. I look at Panama as having three levels.  The next stop will be at the fourth floor and then we’ll plateau off and then we will go to floors seven, eight and nine. By then all the other countries will either make up the difference, compete, and continue being more expensive than us or by that time we will reach the pricing level of Colombia or Brazil or the Middle East, but the world tends to continue getting more expensive, so our costs will tend to lag in comparison, which is a competitive advantage for us, along of course, with using the US dollar as our currency.

There are several reasons why Panama has been so successful, including:
The existence of the Canal is a huge advantage for Panama.  The economies of other Latin American countries are more dependent on raw materials such as steel, coal, and petroleum, and recently there has been a significant decrease in the prices of these raw materials.   Steel today is $300 a ton. I used to pay $850 a ton. So the economies of these raw material dependent countries are significantly hurt by the decrease in the price of their exports of raw materials.  In contrast, in Panama, we’re getting more ships using the Canal and the price we charge for using the canal stays pretty constant. We can handle 60 ships a day now and maybe next year we will be able to handle 80 ships a day. Last year, the Canal produced more than a billion dollars in net profit, which for a country of maybe 4 million people, is very substantial. Next year the Canal may generate a net profit of maybe $1.5 or $1.7 billion. So there’s a stable income that the government counts on.
There are still a lot of things to be done. We need more expert people. We need more infrastructure. We’re only a 110 years old but when thinking about Panama, you have to eliminate the first 70 years when everybody was just living here nicely and not in the industrial revolution. Now, we’re in the industrial revolution.

I would give credit to the people who started the government in 1903 who saw a future and planned the strategy, which has changed during the years.  There were many great presidents with vision, who, for example, started the Free Zone, which today is probably a $36 billion dollar export operation and provides jobs to over 15,000 people.

With all this, we have good hotels, great restaurants, good fishing, and great beaches. I think Panama is a great place.
(Pictured, from top: Sea Point Building built by Pacific Developers, Unibank Building, and Aseguradora Ancon Building, all in Panama City, Panama.
Posted in  My Life In Panama March 04, 2016

It Feels Right in Panama

On the Panama Papers, the World Economy, and the Panamanian People

What is the price (or value) of freedom?

Manuel Baruco at the Intersection of the World in Panama

A Guided Road Trip From the City to Pedasí, Azuero Peninsula, in the Republic of Panamá

What in the World is Going On? / Report from Panama - November 2014

Weddings in Panamá, Republic of Panamá.

The Truth is Not Negotiable

At Long Last, Love and Fulfilment in David, Panamá

The Secret Love Life of Dolphins and Whales

"Cinta Costera in Panamá" (Boulevard by the Bay)

Anne of the Wild and Sea

The Beach, the (Holiday) Breaks, and the BBQ

About Sloths In Panama

Racing Through The Panama Canal In A Dugout Canoe

Towers and Bells in Panamá

The "Black Friday" Phenomenon in Panamá

Rainforest and Summit Park in Panamá

Pride, Glory and Accomplisment In Panamá

Living the Good Life in the City, Panama

Panama's South Caribbean Coast, The City and Province Of Colon

My Life in Panama Has Been Filled with Adventure, Travel and New Stuff

Story of my life in Panama

posted by Lourdes Townshend
next
prev
Contribute Your Story