A History of the Pedasi Area, Including Playa Venao and Punta Mala 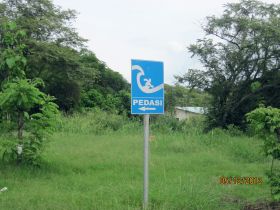 Surfing has been here in the Pedasi area for a long time. The waves in Venao (about 30 minutes away by car) were discovered a long time ago. The first time I came here to Pedasi, which was about 10 years ago, Venao was a very quiet place where the only things you will see are cantinas. During that time, beer only costs US $.40 per bottle and one meal was only about $2 per surfer. The surfers were happy because they came here in the summer, set up their tents at the beach, the owner allows them to use the bathroom and the shower, and they can go to the cantina any time they want. They get breakfast, lunch, and dinner at a very affordable price. The surfers stay all summer here without spending a lot. The guy who owned the beach and the land adjacent to it was a cowboy who didn’t pay much attention to the potential the beach had. He was already happy just by selling a couple of cases of beer and plated meals to the visiting surfers.
There are different surfers who come here. There are those who work for a living during the day and go surfing during their free time or on weekends. Surfers keep in close communication with each other and soon enough the businessmen discovered the nice waves of Playa Venao. So one time, a businessman came and loved the surf in Venao; he saw immediately the great potential the beach had. He went and asked the owner if he would be interested in selling the property. The owner agreed to sell him the beach and now Venao has nice big developments. There are beautiful resorts, there are nice houses for sale, but for sure, the beer that used to cost only $.40 per bottle is now being sold at $3.50.
The first developers who came to Pedasi had a project called Azuero’s Project. It was by a French architect named Gill Sand Guill who came from Paris, France. He built a resort called Destiladeros Beach. His dream was to build beautiful houses close to the beach using his favorite architectural designs like, Spanish, Mediterranean, and Asian. He mixed all of these different styles and made one big project of beautiful houses and apartments close to the beach. He also built an 11-room house for himself which he uses like a hotel and a showroom for his projects. As a result of these projects, he was able to advertise Pedasi on magazines in the US and Europe. So now people know where Pedasi 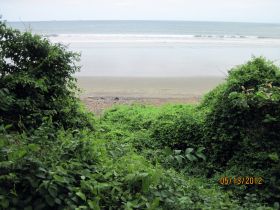 is and what a beautiful place it is.
The US military built a base on a very strategic location in Pedasi which they named Punta Mala. The US forces were just looking for a way to cross the Panama Canal from this point in case they needed to respond to an attack. Punta Mala was owned by a big family in Pedasi which is the Familia Moscoso. They owned acres of land here and they decided to give Punta Mala over to the government as a gift so that is can be used for the construction of military bases in this area. The military bases gave jobs to the locals and the people of Pedasi were happy. The soldiers helped in building bridges, schools, and everything else that the town needed.
When the Panama Canal was handed over to the Panamanian government, all the military bases were closed. The president at that time was Mireya Moscoso, whose uncle was the owner of the place where the bases in Pedasi were built. When she got into the government, she arranged the purchase of these properties again since the government was not using them anymore. So now Punta Mala is the house of the former president Mireya Moscoso.

Next Best Place to Retire in The World is Pedasi Panama