My travels in Mexico --- Chapel of the Rosary, La Antigua, Mexico --- The First Church Built in America

Posted by Gary Coles - Paradise For Gringos on December 2, 2016

The first Christian worship service in Mexico was in 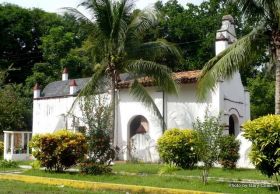 1519 in La Antigua, Veracruz. Four years later the first chapel in the Americas was built by Hernán Cortés and is named the Chapel of the Rosary (Ermita del Rosario). It is a picturesque tiny church in the beautiful lush green setting of the tropical rain forest.

The town of La Antigua is considered to be the first real Spanish town in the country and was established by Hernán Cortés. 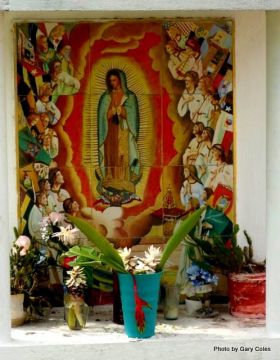 The church itself is the typical white construction

of one of the early Spanish styles. 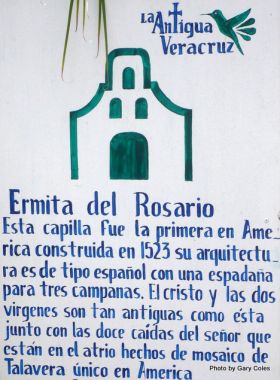 The description given by the sign next to it can be translated as:

Chapel of the Rosary

This chapel was the first in America built in 1523 its architecture is of a Spanish type with a belfry for three bells. The Christ and the two virgins are antiques.

They, along with the twelve stations of the cross in the atrium are made of unique American Talavera mosaic. 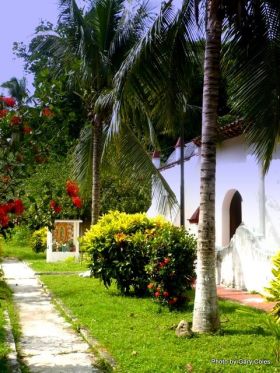 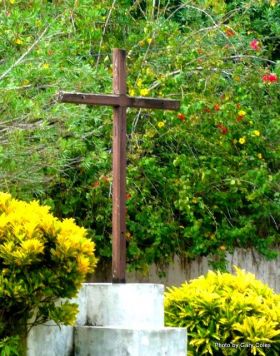 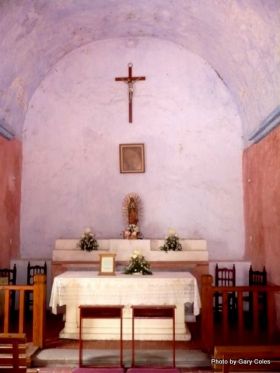 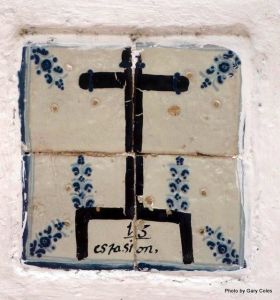 Next Driving from Ajijic and Arriving in San Miguel de Allende, Mexico: Cornfields, Transcendence, and a Nice, Planned Housing Development