The voting for the Panamanian presidential election will take place on the first Sunday in May. 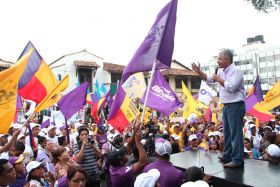 Voting is done on Sunday to ensure maximum voter participation. Presidential elections are held every five years, and presidents cannot succeed themselves. Under this system you don’t have a president-elect campaigning to win the next election instead of governing, so the election season is much shorter than the U.S.
There are a number of other differences as well. There are three strong candidates with only five or six points separating the first and third place candidates. The three main candidates are José Domingo Arias of Cambio Democrático (CD), Juan Carlos Navarro of the Partido Revolucionario Democrático (PRD), and Juan Carlos Varela from the Panamameñista Party. Like most campaigns everywhere they spend a great deal of time mudslinging and attacking the opposition.  The 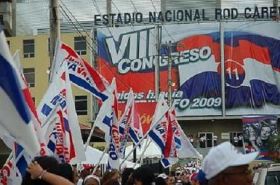 Catholic bishops created an ethical pact signed by all candidates, but it was mostly ignored. Some of the TV stations even disallowed any campaigning during the last days before the election.
Most of the electioneering is of the low tech type. Every major street is blanketed with banners, flags, posters, and signs of all sizes. Each political party has their own logo and “team” colors, kind of like school colors. All over Panama people wear tee shirts and ball caps expressing their support for their candidate.  Huge caravans of supporters noisily parade down the Cinta Costera (Coastal Strip) in 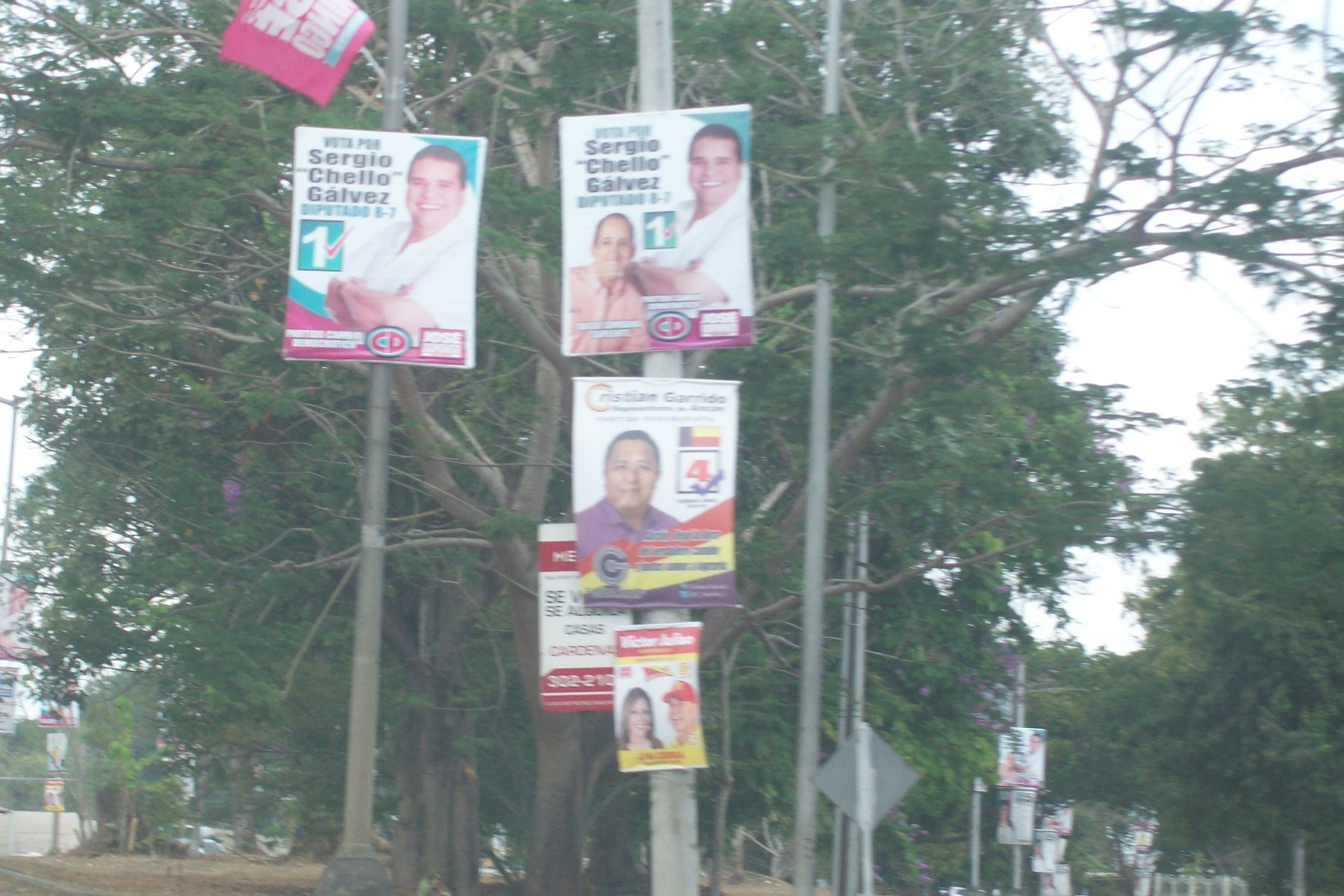 buses, trucks, and cars, honking horns and yelling.
The CD party had a massive rally on May Day on the Cinta Costera. Hundreds of buses that had brought supporters, lined the length of the boulevard.  Like all of these kinds of rallies it concluded with fireworks.

Next Our First Ride on the Metro in Panama