Things I now know about driving in Panama! Finale! 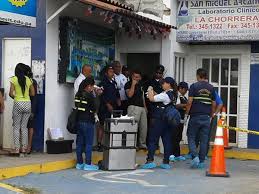 Things I now know about driving in Panama! Finale!
If you  had the chance to read the first part in my story, you will know I recently got my car towed by the Police! I have a full Panamanian Driver’s License, however, my original License had been previously stolen and I was using a photo copy, which I discovered the hard way, was not classed as a valid document!
After much ado…I made yet another trip to the Municipio Luis E Veces office of Transito on Christmas eve… I now know that no Government offices or places of Importance are open at all on Christmas eve, not even a half day!
On my next visit to the Municipio office I was prepared, or so I thought! Original registration document for the car in hand, Passport, Cedula, you name it… Have I got copies of the registration document? No…copies of the Cedula…No…copies of the receipt for my Placa (Number Plate)…No…Oh, and by the way, the lady tells me, I also have to go the Banco National de Republic of Panama and pay $20 then return with the receipt and copies! (Why she could not have told me on my first visit I will never know!) Oh dear :-(
I have to take all the documents to a place that does photocopies, out I go to the front of the building, turn left, go between some shops, up the stairs, climb over people sitting all over the floor and get into the shop that does the copies! I got everything copied…twice!
The bank is a way down the road so off I go…grr… the bank has already closed for the day! Unbelievable…another trip to La Chorrera…really!
Determined I would get this sorted, off I go back to La Chorrera the very next morning, I go into the Bank at Capira on the way and pay the $20 required and clutching my receipt and, copies and documents I return to the Municipio and finally get my new Registration Document with my Cedula number on it! Clutching it happily…off I go to the other end of La Chorrera to the Sertracen office…
On arrival I notice a lot of people, guessing that after Christmas is not a good time to go to any office that deals with driving… It seems most people have been pulled over by the Police during the Christmas period with one infraction or another! The waiting room is full and there is a huge queue outside the office under a small gazebo but the queue stretches way further! I take my place in the queue… I am adamant that this is the day I will get my Driving License replaced! Gradually the queue is creeping forward and I actually get under the gazebo… It has only taken 3 hours to get almost inside the building where there are at least 50 other people waiting to be served… The security guard comes over… this is it… I will be in the office… what’s going on? People are walking off… lots of grumpy faces… no it can’t be… bad news from the Security Guard… the systems have gone down! Not just this office, all the Sertracen offices in Panama!!! I have totally had it now!
The next morning I am up at 5am and standing outside the Sertracen at 7:30am waiting for it to open… chatting to some of the people I had met the previous day in the queue! 8am the doors open and I am number 12! The experience was fairly painless, except they also wanted various photocopies… which I happened to have with me as I had made 2 of everything the previous day! I paid another $20 and 30 minutes later I had my brand new License in my sweaty palm! I was so pleased to get my replacement Drivers License I almost kissed the security guard on my way out! :-)
So…My advice to all…

Next Things I now know about driving in Panama!