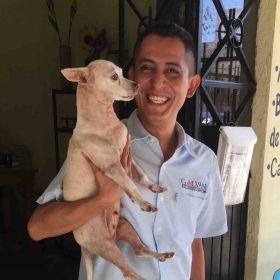 From an interview with Armando Contreras, July 7, 2016
Jet: Your real estate office and home are in the little, beach side town of Lo de Marcos, in Nayarit, about an hour north of Puerto Vallarta.  Please tell us about Lo de Marcos
Armando: The first time I saw Lo de Marcos, it was empty, but it had so much charm and was such a welcomed change from crowded and overbuilt places I had been living, that I liked it so much, I decided to move here and start my business.
Just like what happened with me, when people find out about Lo de Marcos, they tend to like it.  For example, there was this bride-to-be who wanted to get married in Puerto Vallarta.   We promote online so much that she found me and asked if I had a villa for her wedding. I took her to five different villas; two Punta de Mita and three in Puerto Vallarta.

She was looking for a beachfront setting, with enough space for 200 people, and there are not too many of those. After two days of showings, she was about to go back to Guadalajara when I told her about the villa here.
Jet: How would you describe that villa?
Armando: Amazing. It’s a five-bedroom hacienda-style villa.
Jet: What does “hacienda-style” mean?
Armando: “Hacienda” is the old Mexico style. The floors are stone and wood all over but it’s the combination of old Mexico with 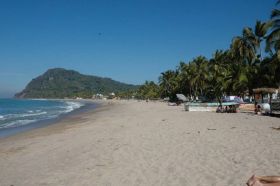 rich decorations. When I told here that I had this other option that was not on the beach but it has this wonderful view in Lo de Marco, she said, “Lo de what? I don’t even know the name. And even the name sounds awful.”
I said, “Well, it’s on your way back to Guadalajara.  Just give me 10 minutes of your time and then you can leave.” So she agreed, and we went.  This was last year so Lo de Marco was already awake, with more activities than 3 years ago. The minute that we walked into the patio of the villa (we didn’t even go to the house), she stopped and said, “This is it.” The minute we walked into the patio where the reception was going to be, she forgot about wanting a beachfront wedding. 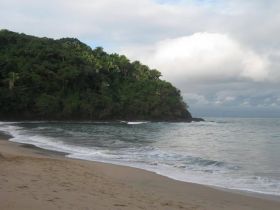 Jet: Was it because of the view of the ocean, or the architecture?
Armando: Both. When you walk into the patio, there is a beautiful fountain, the view, and the pool. She stayed another 2 days so that she could get to know the town and then she got married at that villa. To this day, if you go up to the hills, you will still see the signs of how to get there stating, “Jessica and Carlos’ Wedding” because it was kind of tough to get there so she made a sign in each corner.
Nowadays, many of the people who come to Lo de Marcos come here because they cannot find places in Guayabitos or in Sayulita, but when they get here, they don’t want to leave.
Jet: What are the reasons they give you for why they like Lo de Marcos so much? 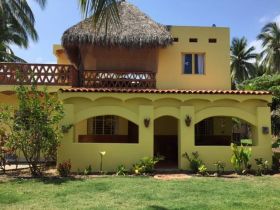 Armando: The beach. The beach is clean. It’s not as rough as San Pancho or Sayulita, because Sayulita is for surfers. And the quiet here in Lo de Marcos; the peace.
Jet: Please describe each of the local towns in this area from the north to the south; what are the charms of each and the type of expats that would be attracted to each lifestyle.
Armando: La Peñita is a lot bigger than any of the other local towns. It has pretty much all the services that are required to be like a city which is not quite big, but big enough. It has a small but nice beach and it is not that expensive, yet it has many options that expats like. It’s not as packed as Guayabitos or Sayulita or San Pancho. You can still can find affordable places there.  For example, there is a nice two bedroom on the other side of the highway with services but with an ocean view that rents for $900 a month. 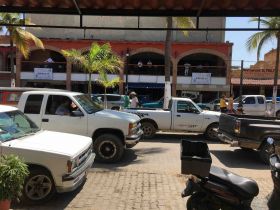 Jet: What do you mean by services?
Armando: Internet, cable TV and AC. Not too many properties have them.
Jet: Okay, so why would an expat like about living in La Peñita?
Armando: Probably the comfort of having everything in town.  People from surrounding towns have to go to La Peñita to get most of their things.   For example, people buy their kitchen utensils in La Peñita, and technicians who need parts for air conditioners need to go there.  If you need some car parts you will need to go to La Peñita. There are two banks in La Peñita. Somebody who lives in Lo de Marcos or even in Sayulita will have to go to La Peñita. I personally like La Peñita, but I would not live there because of the crowds. 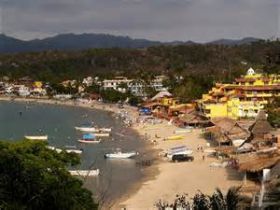 The next town south is Guayabitos, which is more like a fishing town but it has gotten much bigger and more popular with Mexicans and even expats. It’s too much.
Jet: What do you mean? When did it start growing and why?
Armando: It started growing with Mexicans.  The main reason that people decide to go to Guayabitos was because of the number of hotels. In the past, most Mexicans didn’t look to rent private houses, so those areas with hotels were very attractive to them.  Guayabitos has lots of tourism. It has tons of restaurants, tons of hotels, even tons of clubs.
Guayabitos caters more to a Mexican clientele in the summer, but from November till March is packed with Americans and Canadians. 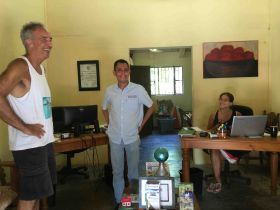 The type of expat who would buy a property in Guayabitos is one who would like to see their house as an investment because homes in Guayabitos can rent a lot the year round, as opposed to the situation with lots of expats, who usually buy and just come for the winter.  As a result, Guayabitos is better for an investment because more Mexicans go there, and Mexicans will tend to come in what Americans would consider to be the off season. So while a place like Sayulita would have much fewer people in the hot summer months, Mexicans are not scared away by that and they will come during this time. So if you were looking on a return on investment, you will be able to rent your house more in Guayabitos year round than you would in places more frequented by Americans.
Jet: Okay, so the next town after that is Lo de Marcos. What type of American or Canadian would feel comfortable and would like Lo de Marcos as a place to live and / or invest in? 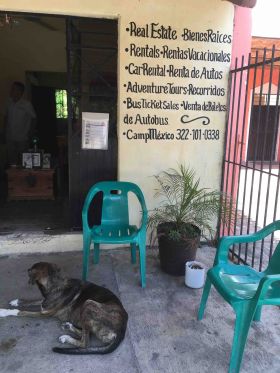 Armando: Of the sales that I made this year in Lo de Marcos, only one of them bought it as an investment. The other buyers were retirees who wanted to enjoy the quiet life of Lo de Marcos.
This town is actually mostly French Canadian during winter season.
Jet: And they’re living amongst Mexican families, Mexican culture, Mexican life.
Armando: Right.
Jet: And also we should say, Mexican prices, which is very important.
Armando: Uh huh. A steal.
Jet: How much is it to build a house here?
Armando: A little more than $70 a square foot. That’s cheap.

Jet:  OK.  Let’s move on to San Francisco, which most everyone calls “San Pancho.”  What type of American or Canadian would be happy moving to San Pancho?
Armando: Someone who likes to enjoy life in a different way.   San Pancho has a higher caliber of activities. There is a polo club, and there are lots of activities with horses. The population there consists of the rich ones who want to live on the beach and enjoy life. It’s the ones who want to go play polo or go have dinner at the restaurant at the polo club. I went twice but I must admit, only because I was invited.
Jet: The architecture is beautiful there.
Armando: It’s a style. Probably unconsciously, people who are buying are hiring the locals. It’s like here, where every house has 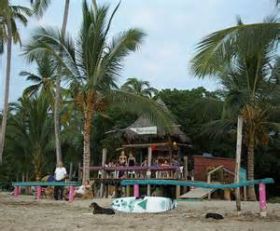 this same kind of ceiling. The locals in San Pancho are hired to build those houses so they are the ones who help to determine the prevailing architecture.  San Pancho is more upscale and chic.
Jet: Tell us about Sayulita.
Armando: Sayulita has surfers and lots of tourism; more than San Pancho but it’s a different status of tourism.  The property in Sayulita is more expensive than San Pancho.  They have beautiful, big villas up in the hills.
Jet: Thank you for letting our visitors know a little more about your special and beautiful area of the world.
Armando: Thank you for your stay in Lo de Marcos. I hope you liked it…
Moving to Mexico?  If so, check out Best Mexico Movers.

Next Our Life in the Little Town of La Cruz de Huanacaxtle, Nayarit, Just North of Puerto Vallarta