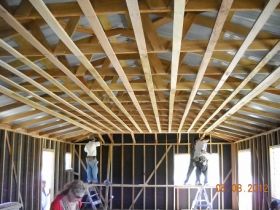 After we bought our property in Belize we were getting excited about building something where we could go and hang out
Initially it started as a cabin with enough room for us and the occasional visitors/family.
We began researching costs and wanted to pay cash for everything. After looking around the country at different types of construction, we realized our budget was not going to let us build a U.S. style home.
We finally stumbled across the Mennonite builders in Spanish Lookout in the 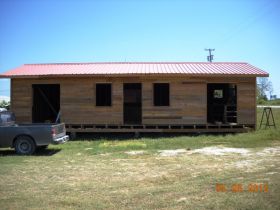 Cayo District.
After designing the house we met with a couple of builders in Spanish Lookout and viewed their construction. We finally settled on Linda Vista as our builder, and construction began. They actually build the home on their site and then deliver it to your property.
To the right are a couple of pictures of the house under construction.
We chose to set the house 9 feet above the ground for several reasons. 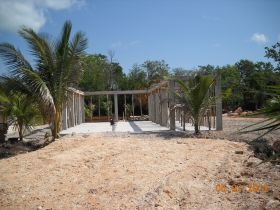 Since we are totally off grid we wanted the maximum air flow we could get. We are also waterfront so we wanted to be elevated in case of a storm surge. Lastly, we wanted the foundation to give us the ability to add more space later.
To the right are a couple of pictures of the foundation. Notice how the end is open to allow the house to be lifted up and placed by the delivery truck.
Finally, the house was delivered. 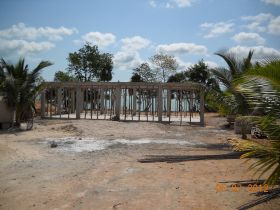 What an experience! We had the maximum size they could haul at 20 feet by 40 feet. The truck arrived and it was fascinating and scary to watch it being lifted into place. Below are some action shots as it is going onto the foundation. The last one is the house set and ready for interior finish. 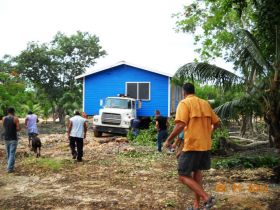 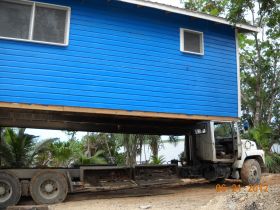 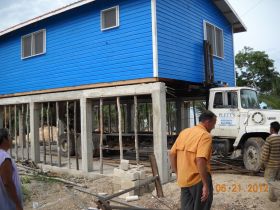 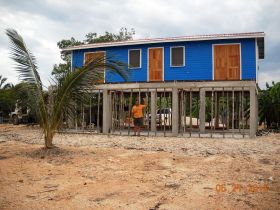 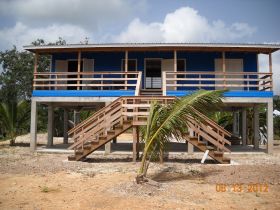 Next We are here, because we aren't all there.