Can I get a mortgage home loan in Nicaragua? 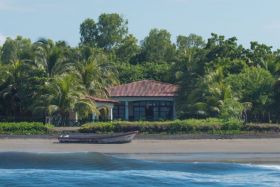 You can get a mortgage home loan in Nicaragua, but it’s a little bit more difficult unless you have acquired residency (Visa). I know it’s a lot easier in some of the more developed countries like Costa Rica or Panama, but it’s also becoming easier in Nicaragua. Some of the interest rates were extraordinarily high in the past, but that’s coming back into reality now. Mortgage home loans are becoming easier in Nicaragua as most of the banks that you would use are out of Managua. It is possible to get a home loan. It’s not an easy process, but it can be done.
In northern Nicaragua, I haven’t had one client do a bank mortgage. We do a lot of deals where the seller holds the paper. About 15-20% of our deals are mortgaged through the seller, and a lot of people just get a second mortgage out of the States or out of Canada, or wherever they’re from and go that route. The rest pay cash.
Most of properties sold in Nicaragua have a free title, but there are some that have been set up. An example of a type of ownership in Nicaragua is “concession,” which is similar to Mexico. A lot of the beachfront properties in Nicaragua are under concession. Concession means a you don’t own the title; you’re just leasing the property through the municipality.
The other type of ownership is called “indiviso” which means “undividable.” With indiviso, if there’s a 100-acre mother farm and you only wanted to buy an acre, you will basically be buying 1% of the mother farm, but you’re never going to get a map showing you exactly where that 1% is. You might just fence it off, and that usually works fine.
Property titles under indiviso are really easy to spot because the first word at the top in bold says “Indiviso.” So if you ever buy a property, it’s either going to say “Registro Público ” which is a freehold title, or it’s going to say “Indiviso,” which is something you should watch out for, be concerned about, and move forward at your own risk.
The indiviso is what you don’t want. The “ Registro Público”- that’s the one you want. The Registro Público is your standard simple title. Title insurance does not exist in Nicaragua anymore. We used to have First American Title Insurance in Nicaragua, but they pulled out all of Mexico and Latin America five or six years ago.
The fact that there’s no title insurance in Nicaragua would make me somewhat nervous, but as long as you have the correct realtor, which is my job, and the correct lawyer, you’re going to be fine. If you read the title insurance that was offered in Nicaragua in the past, the only thing they were covering were legal bills to help fight to get the title back. They weren’t covering the full price of the property you are paying. Title insurance just turns out to be more of a waste of money than anything.
(Casa Blanca beach house, Northern Nicaragua, pictured.)
Posted May 1, 2017 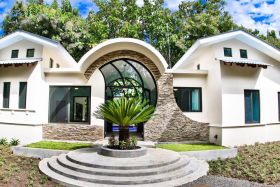 Obtaining a mortgage from a Nicaraguan bank requires you to be a citizen or resident of the country.  This is discouraging for many potential investors as most foreign investors are accustomed to purchasing property through bank mortgages; however, the good news is that there are other options.
There are private mortgage companies working within Nicaragua now and they operate very similar to banks.  Owner financing is also a...

Obtaining a mortgage from a Nicaraguan bank requires you to be a citizen or resident of the country.  This is discouraging for many potential investors as most foreign investors are accustomed to purchasing property through bank mortgages; however, the good news is that there are other options.
There are private mortgage companies working within Nicaragua now and they operate very similar to banks.  Owner financing is also a fairly common option nowadays here, especially for turnkey properties and/or larger parcels with higher price points.  Owner financed transactions can be done via two methods - one involves the Seller transferring the title to the Buyer at closing and placing a mortgage on the property and the other involves the Seller holding the title until the loan is paid in full.  The latter is more risky for the Buyer, but most Sellers will only offer owner financing under these terms.  As with everything in real estate, the terms are negotiable of course and each Seller will be in a different position and/or willing to offer different terms.  It's very important that you discuss each of these owner financed options with your Nicaraguan attorney so that you fully understand the details before moving forward with a purchase.
(Windows in the shape of waves, Playa Popoyo, Nicaragua, pictured.)
Posted June 10, 2017