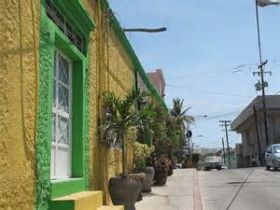 On average housing in Los Cabos in inexpensive. It can run anywhere from US $250 a month to rent a small apartment or studio, up to several thousand dollars a month. The price changes depending on your location and your needs.

What we find in the Baja is that a lot of things are imported in because we are a desert climate, so some of the food products, electronics, and wood is more expensive. Anything with wood becomes more expensive because we don’t have trees here. (We...

On average housing in Los Cabos in inexpensive. It can run anywhere from US $250 a month to rent a small apartment or studio, up to several thousand dollars a month. The price changes depending on your location and your needs.

What we find in the Baja is that a lot of things are imported in because we are a desert climate, so some of the food products, electronics, and wood is more expensive. Anything with wood becomes more expensive because we don’t have trees here. (We do have beautiful cactus, though.)

Comparatively, if you were living someplace in the Southwest US like in Phoenix or in the Tucson area, the cost of living in Los Cabos would be about the same.

Currently, I am renting a two bedroom, two-bathroom condominium with a roof terrace that has a beautiful view of the Sea of Cortez. We have a beautiful outside patio with a kitchen and my rent is $800 a month. I am 5 minutes from the ocean. If you were to get the same apartment in San Diego, with the same view of the ocean, I am guessing it would be much more expensive than what we have here in Cabo. If you are right next to the ocean here in Cabo, of course, it’s going to be a little pricier.

On an average, if you were to rent a three-bedroom, three-bathroom home, closer to the ocean, either on the Pacific side or on the Sea of Cortez side, you are probably looking at $1,500 to $2,500 a month on rent. That would be in Cabo, itself. The prices for housing in La Paz are a little less expensive mainly because it is not quite as much of a tourist area. La Paz is the state capital and it is more of a traditional Mexican city and more Mexicans live there than expats. However, there is also a big expat community in La Paz.

When I first came here, I had a friend who was already down here who told me that if I wanted to come down and live here, there was an apartment available at his complex. I rented a two bedroom, one bathroom apartment that was very nice, neat, clean and safe. It was a regular apartment with no amenities like a pool or anything like that. It was just a straight apartment house. It was located in “the barrio” or “up in the ‘hood” but this is not the same concept as it would be in the US. It just means that it is located in a Mexican neighborhood and not many Americans or Canadians live there. The thing that was great is it was so convenient because at that time, I didn’t have a car, so I relied on mass transit. There were grocery stores at each end of my block.

It was a little different than the way we go into a supermarket in the US. In the stores next to my apartment, you would go in and buy one or two eggs, one slice of bacon, etc. You could buy everything in small quantities, which is very economical because you only bought what you needed. Most people here in Cabo shop every day. They get fresh eggs for today and the next day they go back. Besides having select foods, they have other things too like mops and cleaning supplies. From where I was, you could walk two blocks and you would be at the business district, so there were restaurants and different stores to shop at and that was also where you would catch the bus.

A one-way bus ride costs a whopping 40 cents! The thing that is nice about the buses is that you can hop on the bus and go just about anywhere. You can even take a mass transit bus from Cabo San Lucas to San Jose del Cabo, and even all the way up to La Paz. There are local taxis that local people use that cost next to nothing and there are taxis that you could find downtown that cater to the tourists, which are a little more expensive. You can negotiate with them a little but not much because they know that you have to go somewhere and you don’t have a car.

From my apartment, you could walk to downtown centro and all the other areas in Cabo, all for $250 a month. It included the water but I paid electric on my own.  Electric is a little different in Mexico because it is regulated by the income of the neighborhood. So somebody who lives in a Mexican neighborhood like where I was, gets a significantly lower rate than someone who lives in a 2-million dollar house. My electric, on average, for a two-month period (we’re billed every two months) usually ran about $30. That’s $15 a month.

The cost of food here in Los Cabos is somewhat similar to the US. Some things cost less and some things cost more. Sometimes it is actually cheaper to eat out than to buy food in the market here. Meats are a little bit less than in the States. Fresh fish is less because it is caught locally. The difference is you can go right to the fishing docks as the boats are coming in and buy fresh fish right off the boat. However, we do have stores that are like the ones in the US that are similar to Wal-Mart where they have everything. We also have several chains that are more Mexican such as Soriana, Chedraui, and Mega. Their prices are geared more towards the local community so some products are a little less expensive. Electronics are definitely more expensive here. If you’re going to buy a computer here, it is going to be a little more expensive than if you buy it in the US and the keyboard is going to be a Mexican keyboard so that is a difference there as well.

The Internet is very inexpensive here. Phones are very inexpensive, too. For example, my high speed Internet runs me about $45 a month and includes free unlimited access Claro, which is the Mexican equivalent of Netflix. The package also features a local telephone number as well so you get a local phone, the Internet, and Claro access for that price.

Healthcare is significantly less in Los Cabos, too. You can walk in to see a physician for only $10. I have a friend who was here who broke a tooth and needed to have a crown. The dentist down here gave her a full crown for $250. When she returned to the US and went to her regular dentist, and asked him, “How does the work look?” the dentist said, “Great work!” Then she asked, “What would you have charged me for it?” The dentist responded, “Probably about $1,800 to $2,500.”
(Downtown San Jose del Cabo, Baja California, Mexico, pictured.)
Posted April 29, 2016 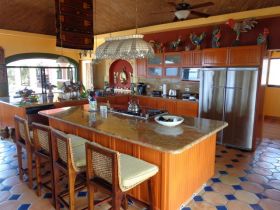 On a monthly basis, the cost of living in Los Cabos for a middle class family who would normally eat at home and shop at a local store would be $2,000 - $2,500 a month without housing. If you shop at Costco as opposed to the local stores, your cost of living will go up by about 25-30%.

On a monthly basis, the cost of living in Los Cabos for a middle class family who would normally eat at home and shop at a local store would be $2,000 - $2,500 a month without housing. If you shop at Costco as opposed to the local stores, your cost of living will go up by about 25-30%.

Our cost of living here in Cabo Pulmo is less because my family and I don’t go out as much- we’re more self-contained. That means we would shop in town and put it in the freezer. One of our higher expenses is the cost of transportation because of the rustic roads that cause our vehicles to need repairs more often. Also, gasoline costs $4-5 dollars per gallon. 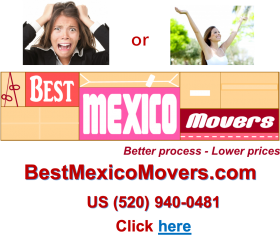 If you’re living the lifestyle that we do- living right on the beach, fishing, without spending a lot of money in restaurants and other amenities, your cost living would be less than $1,000 without housing costs.
Here in the East Cape area, lots with a view of the ocean would cost $20,000 - $100,000. The cost of construction here in the East Cape area is about $100-$200 a square foot for a basic American home.

In Canada, the cost of living would be twice the cost of living in San José del Cabo. Housing is very expensive in Canada. Housing in Canada can cost around $2,000 a month plus utilities for a small house rental.
(High- end East Cape home, Baja California Sur, Mexico, pictured. )
Posted October 20, 2017