Are there American-trained doctors in Mexico?

As for my personal health care experience, I went back to the States for a visit. When I was visiting, I got a letter that my sister who lived in Wisconsin had a stroke. I called her when I arrived at the Dallas airport in Texas. My sister is about three years older than me so that kind of scared me, plus the fact that I haven’t had a physical in around 25 years. So when I got back to Ajijic, I decided to get a physical. I found one doctor who spoke English and was trained in Chicago. I went to him and he discovered that my legs were yellow because they were retaining water, which is always a bad sign, from what I understand.

My doctor here in Ajijic sent me to Guadalajara to my cardiologist and they put me through a series of tests. I did really well in the stress test and I thought I had it made but they found a blockage in my artery. They recommended a Holder monitor. I had to wait for 24 hours. They had to check my heartbeat at night because the problem was that my heart periodically stopped for a couple of seconds through the night. During those times, if it did not start again, then that would be it. So that was why they suggested a Pacemaker, and in a week’s time, I was operated on. I didn’t realize that you don’t go to sleep during the operation. Of course, I did not feel anything. My general practitioner was right there. He was standing right beside me and talking to me, so that was nice.

I trusted these Mexican doctors with my life. I had no problems staying in the hospital. If you didn’t ask them to have the nurse come in, they didn’t come in. You are on your own. They are available as needed. The whole thing was just a pleasant experience. The operation was pleasant. I would have no problem going to them again. It gives me a different outlook and attitude on going to another country. They say that if it’s not the United States, the healthcare wouldn’t be any good. That’s not true. Here in Mexico they are as good as anybody in the medical field that I had an experience with. You’re taken care of.
My general practitioner did his job. He saw something wrong with me. I thought he was making something out of nothing but he’s a doctor and he was right. 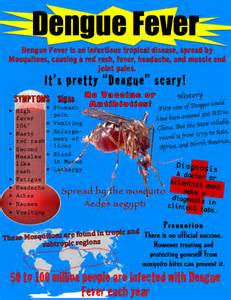 Yes, there are American-trained doctors in Mexico.  Many Mexican doctors go to the US, Canada and elsewhere for additional training and I personally have found a medical care throughout Mexico to be extraordinary.
One of the key points that I found living here for over a decade is that Mexican doctors treat the patient whereas US doctors tend to simply treat the illness. Of course there are exceptions to that, but in Mexico you tend to get whole...

Yes, there are American-trained doctors in Mexico.  Many Mexican doctors go to the US, Canada and elsewhere for additional training and I personally have found a medical care throughout Mexico to be extraordinary.
One of the key points that I found living here for over a decade is that Mexican doctors treat the patient whereas US doctors tend to simply treat the illness. Of course there are exceptions to that, but in Mexico you tend to get whole patient care. So you’re not just treated for a particular disease or injury; they look beyond that.
For example, I had a hemorrhagic dengue fever five years ago and I was in the hospital for two days, during which I had to be on fluids and monitored constantly.  I received incredible medical care throughout the entire process (which was very affordable, by the way). The illness was somewhat debilitating, so my doctor, Dr. Lupita, who I love, not only treated me with western techniques in terms of the IV and the various blood work and tests that were done and the additional treatment, but the follow up was amazing.  This included a series of herbal treatments and holistic care, nutritional supplements and vitamin B shots that took me from what might have been a 6-month recovery period before I would be fully functioning, to me feeling really terrific within about 3 or 4 weeks. I don’t know that would have happened in the US without a lot personal or familial advocacy, but here in Mexico, it was automatic.
It’s not mandatory in Mexico that doctors seek training in the US or elsewhere. Many of them do, particularly if they’re marketing their services to US or Canadian clients. In this case, they will get that additional training as a career booster to make them more attractive to those coming from a foreign country.  However, I would not make training in the US or Canada a prerequisite for choosing a doctor in Mexico.  The Mexican Medical schools are, by and large, fantastic.
(Pictured: Dengue Fever poster.)
Posted May 28, 2016 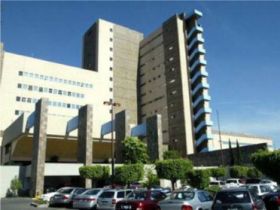 There aren’t many American-trained doctors in Mexico because there are several Mexican doctors who are really, really, very well-trained. In fact, good Mexican doctors go to the States and serve over there, and then come back to Mexico. As an example, I have a friend who is a doctor who goes to the States once a week to offer consultation. He dedicates an entire day to just attend to patients and give prescriptions, and then comes back to Mexico.
The...

There aren’t many American-trained doctors in Mexico because there are several Mexican doctors who are really, really, very well-trained. In fact, good Mexican doctors go to the States and serve over there, and then come back to Mexico. As an example, I have a friend who is a doctor who goes to the States once a week to offer consultation. He dedicates an entire day to just attend to patients and give prescriptions, and then comes back to Mexico.
The patients see him instead of seeing an American doctor because American doctors charge more. A Mexican doctor can charge half of what an American doctor charges, and still be able to make some profit. This happens in the United States.
The Mexican doctors do not get training or internship is the United States. Their training is here in Mexico. The good doctors who have specialties do go to France, Italy, or Germany. The generalists, on the other hand, prepare and train here in Mexico. 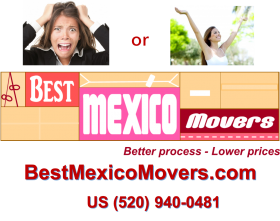 The doctors in Mexico are really good doctors, but there are also a lot of crooks who take advantage of the language barrier, and tourists being new to the place. This damages the image of the good doctors. There are several really good doctors, and they will take care of you exactly how they should- nothing more, nothing less.
When you go to a doctor, the first thing you need to have is confidence, because you’re never going to know if what he did was necessary- you’re just going to have to trust him. If you go to a doctor who does things that are not necessary just to be able to charge you more, then you’re going to lose that confidence, and you’re going to drop him. Sometimes it’s difficult to identify these doctors if you come from a different country .  In order to guard against this and to protect our clients, that’s part of the services that we also provide: we have a list of certified doctors that we can provide to our customers, so that they can be sure that they are going with a really good specialist doctor.
The doctors on this list are the ones who have gone through the analysis by the insurance company. The insurance company has analyzed their work, how long they’ve practiced medicine, how much experience they have, and based on this, the doctors are given a position where they can charge patients a certain amount of fee. Doctors can’t charge the same amount that the insurance company’s going to pay them, and that’s why the insurance company has gone through a lot of analysis so that they can assure you that the doctor is going to be a good one.
In my personal opinion, Cuban doctors who come to Mexico to practice medicine are the best ones, because they have more experience in documenting things and looking for several different ways to find a cure for different illnesses, but then again not all Cuban doctors are good.
I have clients who had procedures done by Mexican doctors and thought the care they received is just as good as in the United States. For example, there’s this case of a 3-year-old kid who had leukemia. He went through the process of getting treatment for 3 years. Today, he’s 9 years old, and leukemia-free. Leukemia will never be taken away completely, though. It’s controlled, and then you can say it has disappeared, but a person who has leukemia will never be cured.
He was treated here in Mexico where the doctor told his parents, “I can go to the States and treat your son over there- I have all the facilities. Or, you can stay here in Guadalajara, Mexico, where I can give him exactly the same treatment, but you’re going to spend much less money.” Although the insurance company is going to pay for it, the parents will have to pay their deductibles, and if they go to the United States, they’re going to have to pay their hotel, their trip, and moving around. That’s a lot of expenses. It was a really tough case- a 3-year-old kid with leukemia. It’s not something good to hear.
I have a more recent example. I had a customer who had cancer and needed a bone marrow transplant. She had the transplant done in Mexico, after the doctors suggested, “Let’s go to Mexico City, and we will do it there.” It was a successful surgery. She’s an American, and she’s recovering. It’s still too soon to say that she’s cancer-free, but she has an extraordinary attitude towards the problem. She’s always smiling and does a lot of exercise, which I think also helps a lot when dealing with a situation like that. The transplant was done here in Mexico. It was a major surgery, and it’s really complicated, because you can get infections easily, so you have to take extra care.
If I had a very serious illness, even if I had the opportunity to go to the United States, I would stay here in Mexico.
(Hospital Civil de Guadalajara, Guadalajara, Mexico, pictured.)
Posted November 13, 2016